Saraswati Puja is the first of two spring festivals celebrated in the Hindu Culture. Saraswati is the great mother of the ancient Vedas, Veda Mata, and their personification, guiding the Rishis of old. Saraswati is considered as the goddess of knowledge, wisdom, music art and learning.[6].

The earliest known mention of Saraswati comes from Rigveda [1]. In Shanti Parva of the Mahabharata, Saraswati is called the mother of the Vedas, and later as the celestial creative symphony who appeared when Brahma created the universe. [2]

She is a part of the trinity (Tridevi) of Saraswati, Lakshmi, and Parvati. All the three forms exist in conjunction with the trinity of Brahma, Vishnu, and Shiva to create, maintain, and regenerate the Universe, respectively. [1]

We consider her to be born on this day. 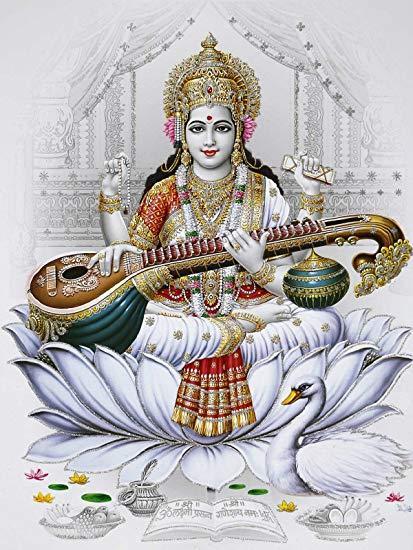 An image of Goddess Saraswati shown seated on a white lotus, wearing a pure white silk sari and holding a book in her lower left hand. Her four hands denote four facets of human personality namely mind, intellect, alertness and ego. The lotus on her hand symbolizes true knowledge. Her ride is a white swan which is known for its peculiar capability of separating water from the milk. The swan indicates that we should have the ability to discriminate the bad from the good. [5]

She is celebrated as a feminine deity with healing and purifying powers of abundant, flowing waters, in Book 10 of the Rigveda (10.17), as follows:

May the waters, the mothers, cleanse us, may they who purify with butter, purify us with butter, for these goddesses bear away defilement, I come up out of them pure and cleansed. [1] 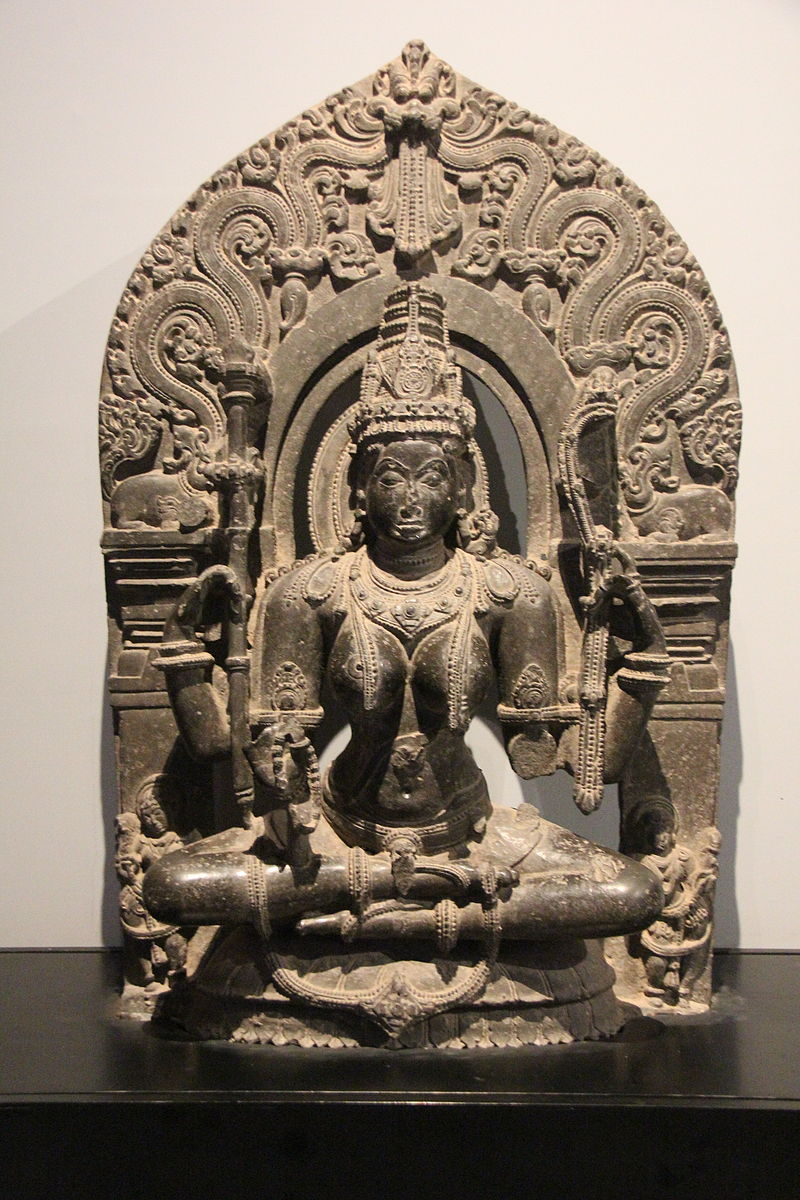 The importance of Ma Saraswati is significant in every students life in Hindu culture. According to a popular notion in the Hindu society it is said that “If Laxmi((Goddess of Wealth) gets angry, she might come back, but if Saraswati gets angry, she never comes back." Which basically symbolizes that lost wealth can be earned back. but knowledge can never be regained once lost.

There are many temples dedicated to Saraswati around the world. Some notable temples include the Gnana Saraswati Temple in Basar on the banks of the River Godavari, the Warangal Saraswati and Shri Saraswati Kshetramu temples in Medak, Telangana. In Karnataka, one of many Saraswati/Sharada pilgrimage spots is Shringeri Sharadamba Temple. In Ernakulam district of Kerala, there is a famous Saraswati temple in North Paravur, namely Dakshina Mookambika Temple North Paravu. 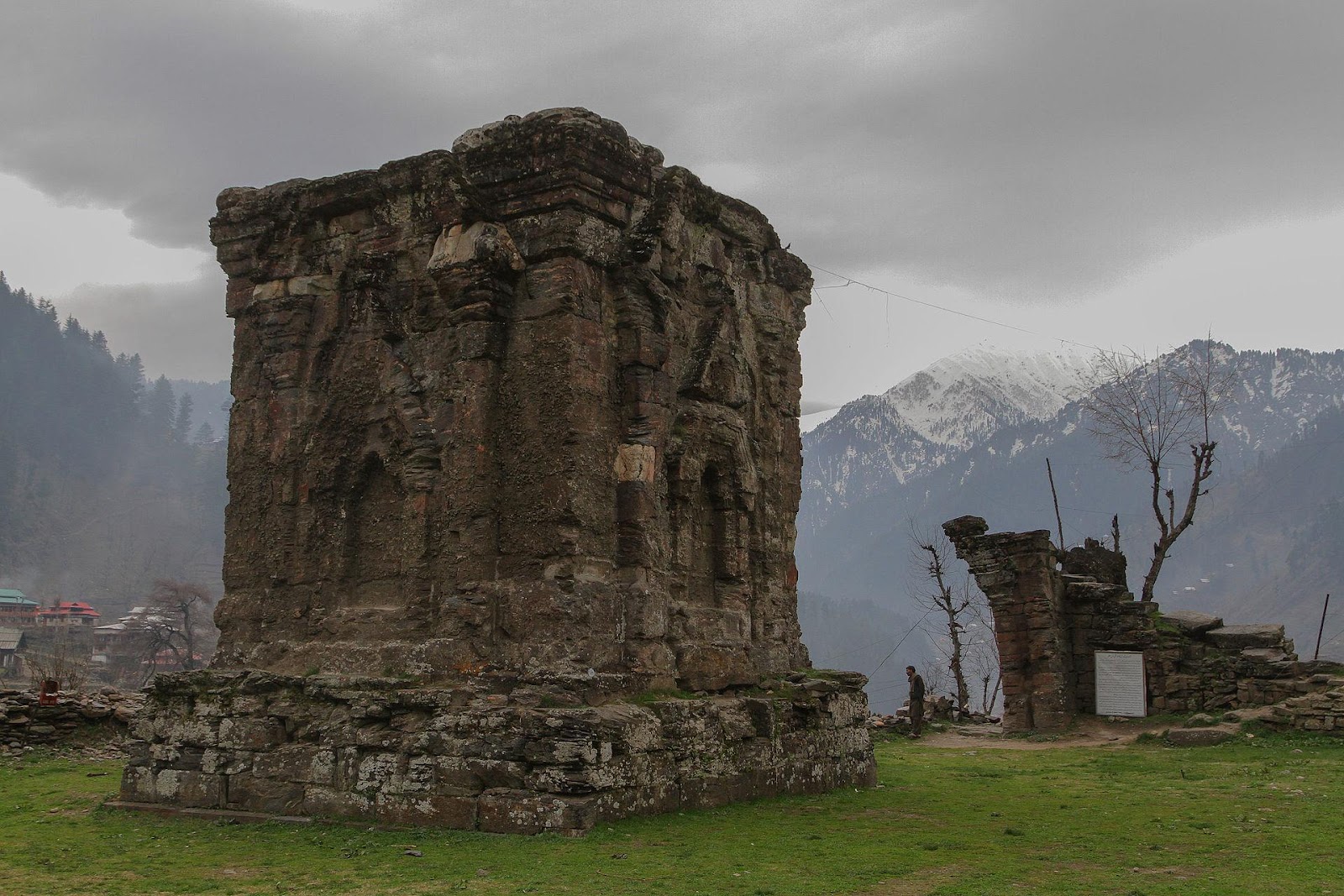 Ancient  Sharada Peeth in Pakistan held Kashmir is one of the oldest surviving temples of Ma Saraswati.

Although there is no special time to perform Saraswati Puja, texts suggest that the goddess should be worshipped when Panchami Tithi is prevailing. According to experts, Saraswati Puja should be performed during Purvahna Kala - the time between sunrise and midday [3]

The festival is celebrated across India and especially in universities and educational institutions. Students place their book and artists there instruments in the feet of Goddess Saraswati to seek blessings. I remember in my school and university a statue of Goddess Saraswati was established at a common place in the ground and each student would seek her blessing before starting the day.

In Kerala and Tamil Nadu, the last three days of the Navaratri festival, i.e., Ashtami, Navami, and Dashami, are celebrated as Sarasvati Puja. The celebrations start with the Puja Vypu (Placing for Worship) on the ashtami day and books are taken out for reading only after the morning worship on Vijayadasami Puja Eduppu (Taking [from] Puja) 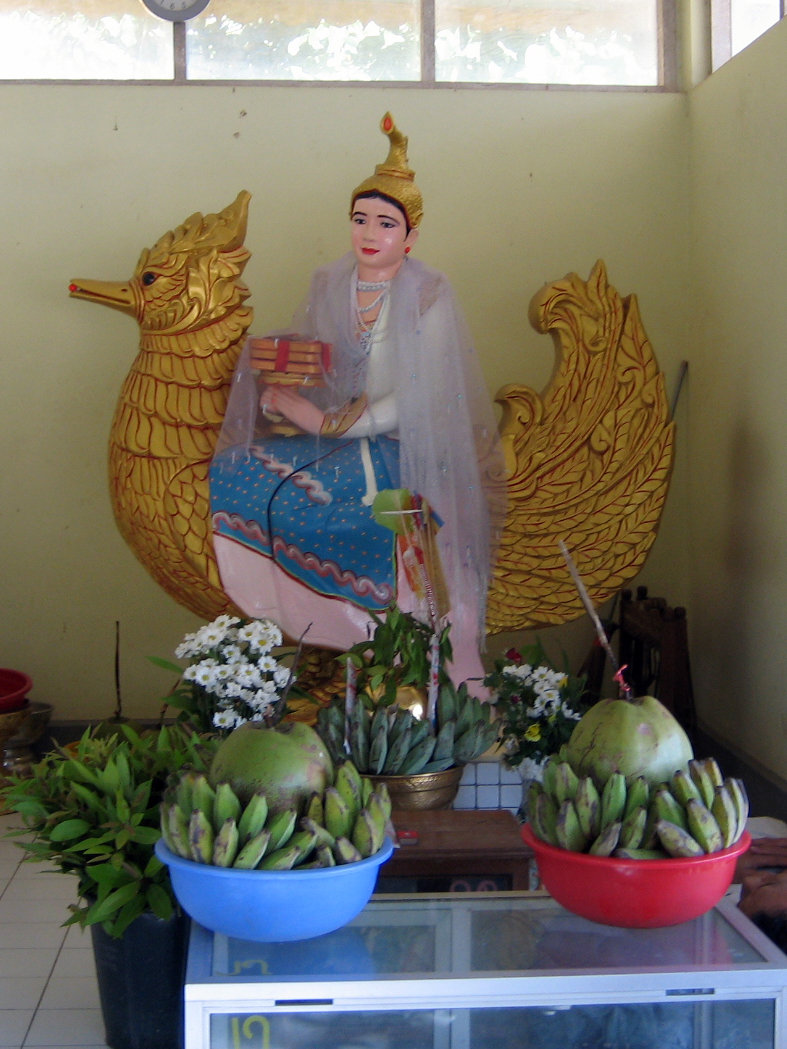 Outside Indian subcontinent Saraswati is worshipped in Myanmar as Thurathadi, in Japan as Benzaiten, in Cambodia as Vagisvari, in Tibet asYang chen ma , and in Indonesia and Thailand as Saraswati herself. [1] 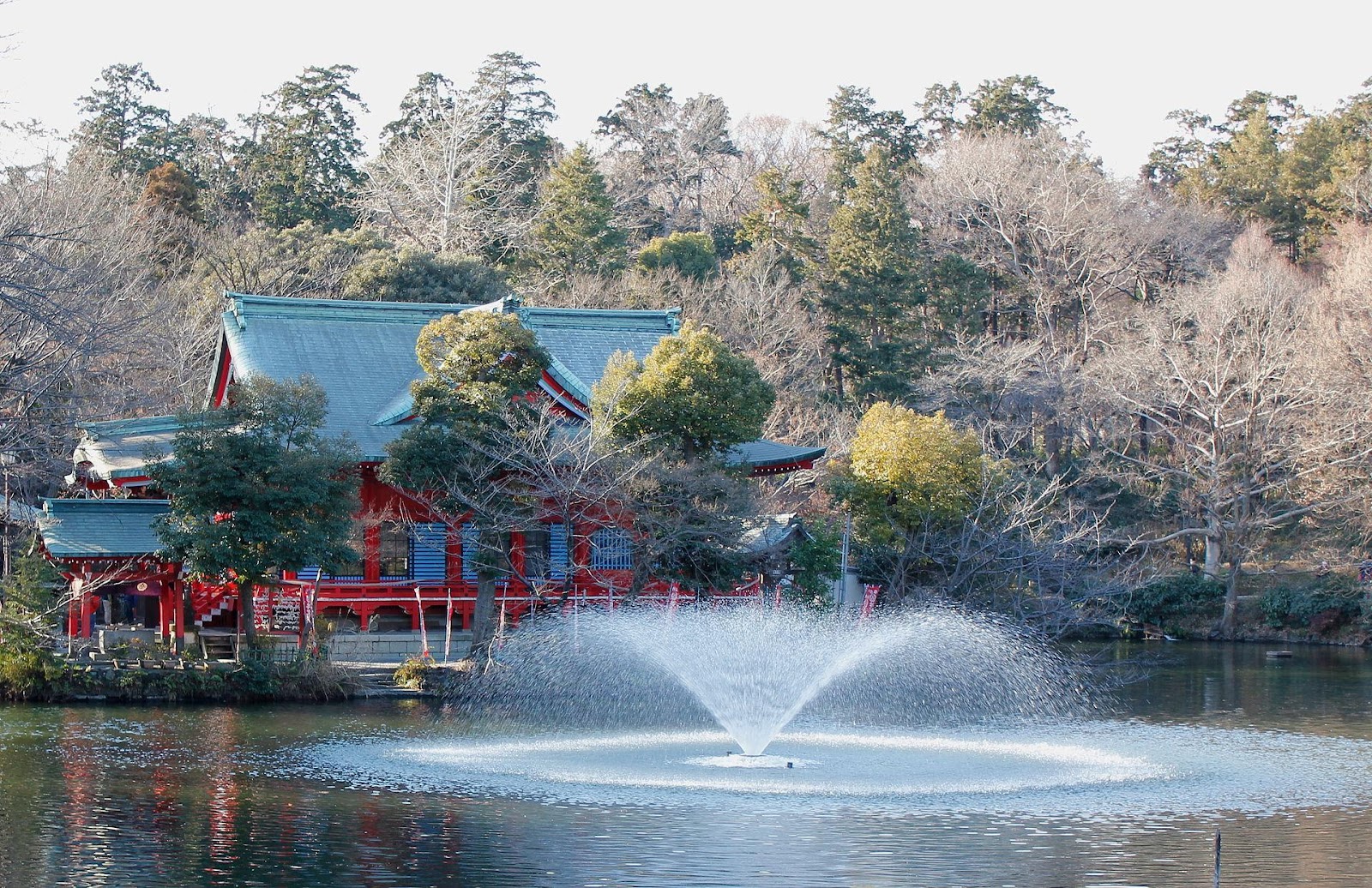 One of Benzaiten temples in Japan 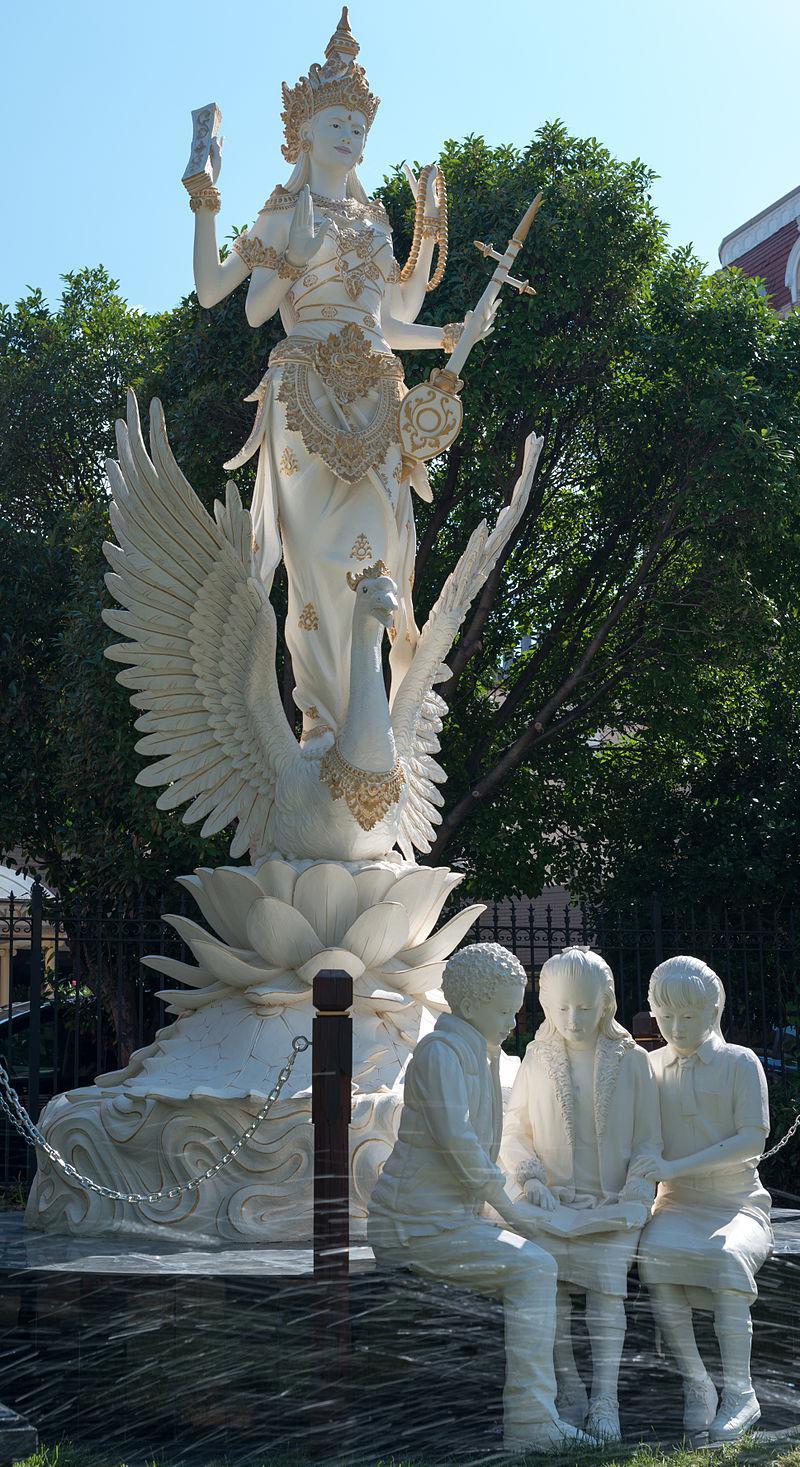 Vasant Panchami is also celebrated on the same day which marks the beginning of spring season. People celebrate it by wearing yellow color which is also a mark of wisdom and prosperity. The day is considered extremely auspicious to start new work, get married or perform house warming ceremony. In some regions children are also taught their first words on this day as it is considered auspicious. Also, according to Hindu tradition, Lord Brahma is believed to have created the universe on this day. [4][5]

In Punjab Vasant Panchami is also celebrated by flying kites and the sky is full of colourful kites during the day. People also remember the martyr saint Ram Singh Kuka, who was born on this day, was a soldier in Maharaja Ranjeet Singh’s army and later converted to a saint. [5] 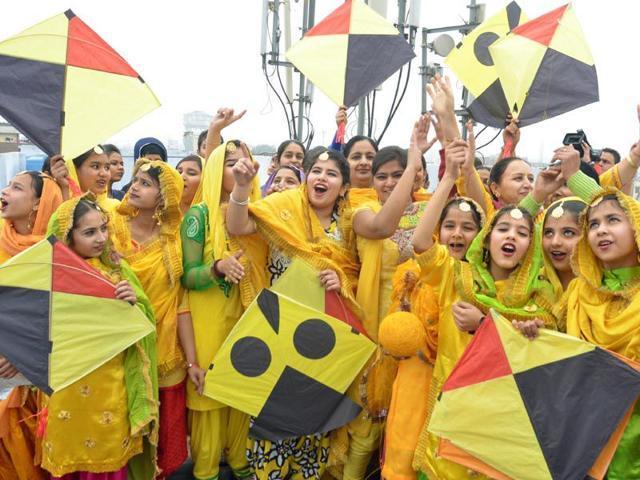 Vasant Panchami in its splendour in Punjab – Hindustan Times

On this auspicious day American Hindu joins one and all of you in worshipping Ma Saraswati and wishes that she bestows knowledge and wisdom on all of us.

I'm a Hindu woman, and yes, I can study the Vedas

"In Hinduism, women are not allowed to read their religious scriptures." I'm taken aback in surprise as my eyes fixate on this line in our World History textbook. I look at a neat table below, where H

The Plight of Kashmiri Pandits

“Chz Bozekh Kaath?” Every night before bed, my father would ask me and my brother if we wanted to hear a story about his life in Kashmir. We would rest our heads against his belly as he told us tales

by Arjun Pandava DHARMIC CONCEPT OF NATION AND CITIZENRY The Dharmic tradition for governance and rule has been a system of monarchs and ministers administering and protecting their kingdoms. The remn